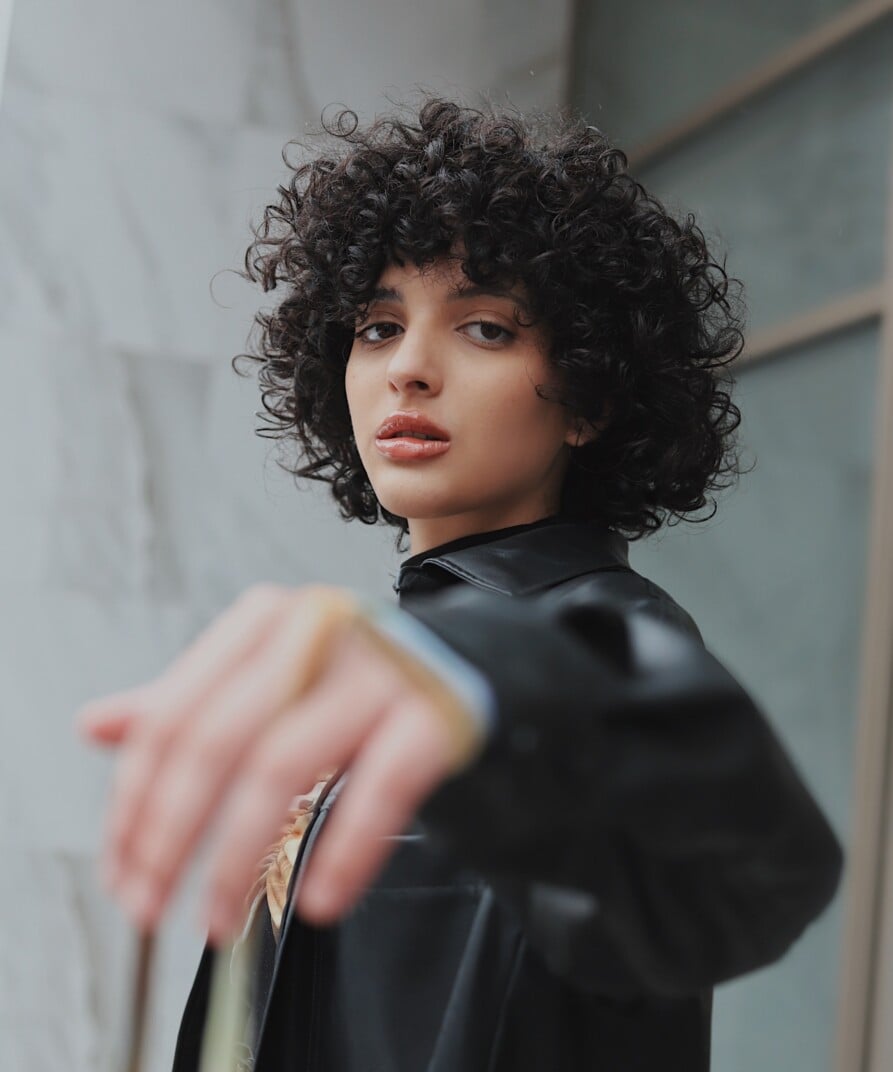 This article explores the changing dynamics of consumer segmentation and, in particular, the rise of Millennials and Gen Z. Defined as the most ethical and socially conscious generation of our time, this category-defining audience is changing the rule book for brand building. Organizations hoping to create resilient brands built on a strong foundation of loyal customers and employees must push beyond products, features, and benefits. Welcome to the “Stand For More” generation.

MEET THE STAND FOR MORE GENERATION

As Baby Boomers retire, Millennials and Generation Z have quickly become the largest consumer group in America. With over 137 million people, this audience segment makes up more than two-thirds of the U.S. population. With a combined spending power of $165bn, they are bringing a new level of influence that is changing the rule book for brands. Executives need to take note. This generation isn’t like any other: The most ethical and socially conscious generation of our time, they want more than product benefits; they want belief systems. They expect belief-led brands to lead with a deeper conviction and contribute to the larger world.

WHO MAKES UP THE STAND FOR MORE GENERATION?

The Stand for More generation consists of Millennials and Gen Z. But who are these audience segments, and what has shaped them into the influential customer base they are?

Millennials were born in the last two decades of the 20th century, between 1996 and 1981. Educated, curious, and civically minded, this generation grew up in an era shaped by enormous technological advancements. But their coming of age was shadowed by significant social or financial unrest events like 9/11, the mortgage crisis and recession, and the Columbine shootings.

Born after 1996 and before 2010, Gen Zers have grown up as digital natives, knowing only what it is to exist with the internet and smartphones. With instant knowledge at their fingertips, this generation is highly educated, critical thinkers, and group-oriented.

CHANGING MARKET DYNAMICS HAVE INFLUENCED THE STAND FOR MORE GENERATION

In times of unprecedented change, the cultural landscape looks wildly different than it did a decade ago, thanks to an influx of social, political, and cultural differences. These shifting market dynamics profoundly impact today’s consumers, who turn to brands to help create the world they want to see. Let’s break down the changing market dynamics and how they’ve influenced the Stand For More generation.

An annual study, Stress in America, from the American Psychological Association (APA) was most recently completed on the second anniversary of the World Health Organization’s global pandemic declaration of COVID-19. Their latest results show that people today are more stressed than ever.

The APA’s chief executive officer, Arthur C. Evans Jr., Ph.D., said, “The number of people who say they’re significantly stressed about these most recent events is stunning relative to what we’ve seen since we began the survey in 2007. Americans have been doing their best to persevere over these past two tumultuous years. Still, this data suggests that we’re now reaching unprecedented levels of stress that will challenge our ability to cope.”

Amid unrelenting worries from a world in freefall, the human tendency is to latch onto what can be controlled. For the Stand For More generation, this has caused them to pause, reflect on what is important to them, and use their values to guide their behaviors, specifically when it comes to spending money.

However, this process is more complex than ever before. A choice as seemingly simple as selecting a fast food restaurant or buying a water bottle could mean the difference between a consumer financially supporting a meaningful belief or contributing to a business practice they find morally reprehensible.

While conscious consumerism isn’t new, the Stand For More generation is driving a reinvigorated passion. Referred to as “the most ethical generation” of our time, Millennials and Gen Z are more socially conscious than previous generations. Having grown up in the transparency of the digital revolution, they have seen firsthand the effects people and brands have in tackling social issues.

When making decisions, the Stand For More generation is driven by expectations of equality, peace, justice, prosperity, sustainability, and responsible governance. This strong consideration for values is a defining factor for the generations with growing purchase power. As they gain more market control, they are applying the same social and ethical standards to their shopping habits, expecting more from the brands they choose to support. In fact, a 2020 Zono study showed 83% of consumers said organizations should only earn a profit if they also positively impact society.

According to a recent Accenture study, transparency matters. The Stand For More generation expects brands to proactively share information about how they do business, and they want regular reporting on actions to deliver against a brand’s promises. When transparency is given, brand loyalty follows. Inc. showed that in recent studies, 94% will be loyal to a transparent brand, and 39% will change brands in pursuit of brand transparency.

The Stand For More generation will take transparency into their own hands. Being more technologically sophisticated than any generation before, today’s Millennial and Gen Z consumers can quickly uncover inconsistencies between brand strategies and real-world behavior.

Armed with information, consumers discover which brands live out their core beliefs fearlessly (even when it means taking criticism on the chin) and provide only lip service to the convictions they claim to support.

A 2018 survey showed that 53% of Americans believe brands are more effective at fixing social ills than governments. An even larger number think it’s easier to pressure brands to address problems than petition the government to act.

Amid these rising expectations, the Stand For More generation scrutinizes organizational behaviors to hold them accountable for the big and small ways they live out belief and purpose daily. Consumers will regularly call out brand actions they disagree with, but on the flip side, they will openly support brand actions that align with their beliefs. In fact, four times more people are likely to trust brands that communicate a strong, clear purpose.

WHERE TO BEGIN: BRAND LOYALTY BEGINS WITH BELIEF-DRIVEN BUYERS

So, where do all of these market shifts leave your organization? Executives need to understand the different dynamics that are driving brand loyalty. While factors like cost and convenience are still important, the Stand For More generation has evolved from being conscious consumers to belief-led buyers, meaning they take extra consideration to look at a company’s mission, aligned causes, internal culture, and operations to make sure a brand’s behaviors align with their personal values.

The U.S. Chamber encapsulates it perfectly: Shoppers who choose brands based on how well they align with their values now make up the largest segment of global consumers at 44%, according to the IBM/NRF study, outpacing those who say value (37%), brand name (15%) or product functionality (4%) influence their decisions.”

More than 8 in 10 young Gen Z consumers report that they “buy on beliefs” and see spending dollars as a means to influence positive change in society and the world around them. Furthermore, a striking 90 percent of Gen Z consumers expect brands to be involved in causes that improve the world (Edelman 2022 Trust Barometer Report and The Power of Gen Z: Trust & The Future Consumer Report). This follows the general trending sentiment around social responsibility, in which the majority of consumers (83%) believe organizations should only earn a profit if they also deliver a positive impact on society (Deloitte), and 72% believe organizations should be positive contributors to society. (Sprout Social)

Principle, not product, has become the strongest driver of brand and customer loyalty. Consumers have become fiercely loyal to their own values, so much so that “even with their favorite consumer goods products, a majority of shoppers will not compromise on principles. If there’s a value mismatch, 39% of shoppers said they’d permanently boycott their favorite brand, and 24% would break ties at least temporarily.” (Google). If there is alignment, customers fast track to strong brand loyalty. For example 57% of customers will increase their spending with a brand they “feel connected to” and 76% will buy from them over a competitor. (Sprout Social).

HOW CAN BRANDS ATTRACT THE ‘STAND FOR MORE’ GENERATION?

To attract today’s millennial and Gen Z consumers during their buying process, organizations must stand for more than just profit. Customers are more open to sharing and embodying their beliefs, so they expect the same from brands. It’s not enough for a brand to say they have a value — they need to live it out for Gen Z and millennials to trust them. Belief-led buyers need belief-led organizations: companies with a distinct point of view at their core, and everything they do serves that conviction that ultimately helps them change the world for the better.

The problem is that brands often look outward to align themselves with trendy causes. While they may be able to ride the coattails of causes for a moment, today’s sophisticated consumers expose and reject brands that only pay lip service to their beliefs.

Nabila Salem, the President at Revolent, encapsulates the need for alignment perfectly: “If your values and ethics exist to purely align with theirs, then your business might be missing the whole point of having ethics and values.”

As marketing shifts “from function to aspiration,” the most-promising opportunities exist for belief-led brands. These brands embody their convictions in every action and behavior at every level of an organization, so there is never a discrepancy between belief and behavior. Belief-led organizations are fearless enough to stick to convictions—no matter the consequences—which inspires customer loyalty as well as positive change.

Because when the Stand For More generation supports a belief-led brand, they’re not just buying things. They’re buying a code of ethics, a shared conviction, and a badge of personal identity. Brands that authentically connect with people and meet their value-based expectations see massive gains in trust, loyalty, growth, and innovation from consumers and their employees.

Would you like to learn more? Be sure to check out more thought leadership in our belief-led transformation series. Lenya leads business development at BLVR and is well-versed in partnering with clients to drive long-term value for their organizations. She honed her craft working on global brands like Procter & Gamble, Anheuser-Busch, Sony, and Canon at leading agencies, including Saatchi & Saatchi, Leo Burnett, and BASIC. A master of purpose-led creativity, her work has been honored by the Effie Awards and the prestigious Cannes Lion Festival. 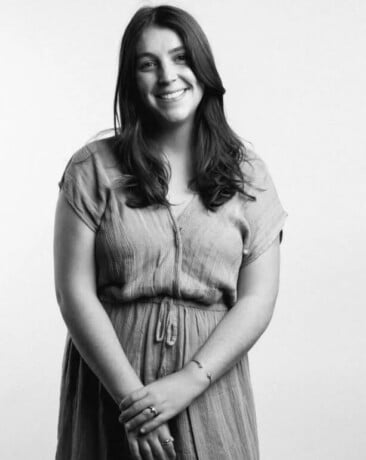 Before BLVR, Cara honed her craft at the VCU Brandcenter, earning a master’s in business, concentrating in brand strategy. She furthered her career working at Carvana, OBERLAND, and Havas. Along the way, she developed a range of experiences in launching, growing, and guiding brands. Passionate about travel, languages, and culture, Cara puts inclusivity, authenticity, and adventure at the core of everything she does.