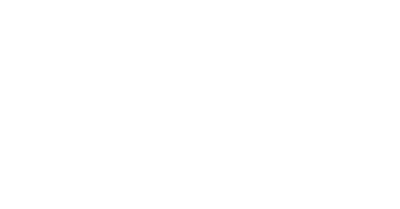 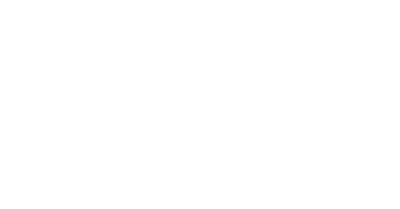 Why It's Ok To Be Disliked

To connect deeply with your customer’s beliefs and create posit, your brand has to stand by its convictions. It may be counterintuitive, but being disliked by some people usually means you are building your brand the right way. The best brands inspire love and loyalty and accept that being disliked is an inevitable symptom of creating real value for the world. The desire to be liked is our human survival instinct. There is a level of safety and comfort in being liked. Maybe that’s why many of us say yes so often, even to things we don’t believe in, or maybe it’s why we do not speak up when the moment demands it. Being liked lets us survive, but does not let us thrive. In trying to please every last person, we run the risk of spreading ourselves too thin, wasting our energy and losing our focus. When we chase constant validation, we fail to unleash our full potential into the world.

As branding experts, we know the best brands dive past the realm of functional utility into the realm of emotional connection, deeper still into the realm of philosophical connection. You know it too. Our favorite brands understand us, they empathize with us, and they engage with us. They push us to be better humans. That is what drives true and sustained brand loyalty.

But to amass a passionate base of customers, you have to show them you are committing to your convictions. You have to 1) have a belief about the world and 2) embody that belief with consistent, coherent action. In doing this, you elevate your brand into a realm of stronger emotional connection where it is loved, respected and celebrated. In taking that leap, you should also know that stronger positive emotions come with stronger negative emotions. The laws of physics say with every action comes an equal opposite reaction. Some won’t agree with your vision for the world. That’s ok. It’s okay to be disliked, and it might even be a good thing.

Why can being disliked be good for your brand? It gifts you the freedom to focus. Accepting that being disliked by some is a side effect of being treasured by others will be liberating. You will have the freedom to focus on implementing your brand’s vision for the world. In accepting that your strong, principled, belief-led brand doesn’t need to be liked by everyone, you stop making safe decisions to please everyone. No more wasting energy, no more making decisions to keep the status quo. All your energy can be devoted to making your brand heard, finding the community who identifies passionately with your message, and swears by your product or service. You will start making decisions you wholeheartedly believe in. You will build yourself a loyal following. Success will take care of itself.

Your limited energy, time and resources deserve to be allocated where they do the most good because the world needs more visionary, principled brands focused on maximizing their potential. Your consumers are waiting for it.

There are plenty more statistics that prove your consumers want you to deliver your beliefs into this world, and will reward you for doing so. Statistics will paint you a picture of consumers’ positive responses to leading with belief. And if you flip the numbers, there are still lessons to be learned. The other side of those numbers illustrate that pleasing 100 percent of people 100 percent of the time is impossible. On the path to building something great it is almost inevitable you will be disliked.

Agencies and companies love to treat brands like people. We give them beliefs, values, even personalities. Brands that have personalities, acting and engaging fellow humans, are better positioned to tap into the emotional and philosophical needs of their consumers. In other words, admired brands act like admired humans. These humans take stands, have beliefs, and stay true to their principles. Brands aspiring for greatness should do the same thing.

We learn from human stories that becoming admired and respected takes time. Often, those with vision and beliefs encounter friction with the status quo. Before he was “the people’s champion,” Muhammad Ali was hated by a large population. Nelson Mandela was on a terrorist list and spent 27 years in prison before winning the Nobel Peace Prize. Abraham Lincoln only received 40 percent of the popular vote in the 1860 presidential election. He is now widely regarded, by civilians and historians alike, as the best president in the history of the union.

All of these historical giants had an unwavering vision for the world, and principles they refused to abandon. Partly because of those traits they all rubbed people the wrong way. It took time for their visions to find a foothold. History has demonstrated time and again that progress happens in baby steps, not sudden leaps and bounds. But it also shows us that with patience, pragmatism, and appeals to emotion, a better world emerges. Eventually, the world saw all these men’s convictions as true blessings to humanity.

If there is something we can take away from the lives of the aforementioned historical greats; you are sure to face obstacles, it’s going to take time, and you might not be as liked as you want, at first. But embracing these obstacles creates momentum. Each day you believe fearlessly builds on the last, and brings you one day closer to seeing your brand in its full form. As habit guru James Clear says:

“Whenever you see an overnight success, your eyes deceive you. What you are witnessing is the hour of opportunity unleashing the potential energy of previous choices. It was not one decision, but the accumulated power of all that came before. The fuse was lit on a loaded cannon.” (Atomic Habits)

Allowing your brand to lead with belief is loading metaphorical gunpowder into your cannon. In due time, the fuse will be lit and your brand will explode into the world.

It’s well documented that change makes people uncomfortable. It’s not your brand's fault. People are resistant to newness, to innovation, to idealism. That’s never stopped the believers before and it won’t stop you. If you have a vision for a better world, it’s worth fighting for. It’s worth being disliked. It’s easy to get overwhelmed by the naysayers, so always remember there are more than enough people out there who believe the same things you believe. There are people out there waiting for your brand to speak its mind. There are people who have your back.

Love and hate are inseparable. We exist in a world of interconnected polar opposites. Truth is, one cannot exist without the other. We can’t perceive what it is to be loved without knowing what it is to be hated.

Dare to share your truth. Dare to live by your principles. Dare to be disliked. Believe fearlessly. We’ll be here celebrating you.

“I shall be telling this with a sigh Somewhere ages and ages hence: Two roads diverged in a wood, and I— I took the one less traveled by, And that has made all the difference.” -Robert Frost, “The Road Not Taken”

As a Junior Strategist, Zander supports the strategy team in a variety of functions across a number of verticals. Through his International Business course work and extensive travel, Zander has carved out a unique worldview that he takes to brand development to offer an informed lens to support disruptive, belief-led, customer-centric brands. He believes that every brand project represents an opportunity to get more out of businesses and drive meaningful change. Outside of the office, you can find Zander boxing, cooking a new pasta dish, or relaxing at a coffee shop.